A glimpse back in time at the Fundy Discovery Site…

This part of the traditional indigenous territory of Mi’kma’ki is called We’kopekwitk, meaning ‘end of the water’s flow’. The Mi’kmaq, who continue to live in this region, took advantage of the ‘water’s flow’ for food gathering and transportation.

When the Acadians arrived, they pronounced it Cobequid. Around the year 1680, they began to transform vast areas of tidal marsh into fine farmland. This was achieved by the construction of system of dykes that isolated fields from the tidal waters all along the Fundy’s Minas Basin, including parts of the Cobequid Bay.

In 1755, on the eve of the Seven-Years War between England and France, the British forced the Acadians from the land. Several years later (1761-1780) this area was resettled by a group of New England Planters who are considered to be the founders of the Cobequid Townships: Truro, Onslow, and Londonderry.

The most active period for this site involved the Planters during the shipbuilding era in the late 1700s to the late 1800s. “Charles”, the first ship from the Cobequid Bay area, was built here in 1787.

In more recent history, this site was home to the former Palliser Restaurant, Motel and Gift Store until it closed in 2011. The Municipality of Colchester purchased the property in 2015 for both visitors and residents to enjoy. 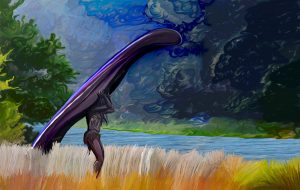